What people pay attention to

January 21st, 2015. I was standing around in the hallway entrance of the Heimathafen in Berlin waiting for City Slang artist 'Get Well Soon' to begin their concert when I went and asked the seller at the merchandise table about which album he would recommend buying. His reply was 'to tell you the truth I really don't have any idea what the music is like on these records but I know that people like to buy this one here in the middle because of the cover artwork', and he pointed at one of the 10“ records sitting square in the center of the table. 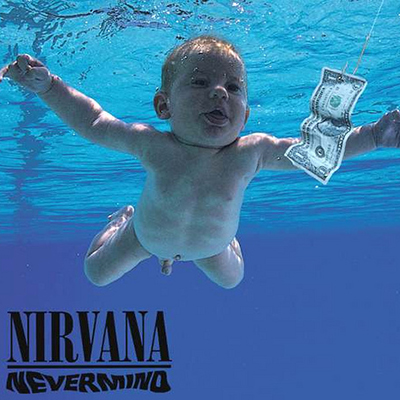 Ever heard of the old wise saying 'never judge a book by its cover'. It sounds like nice advice my grandma might give me but in reality, we do indeed actually judge almost everything by its initial appearance, especially music album covers! Since the invention of the LP back in 1948, the entire recording industry adopted the concept of using the record cover as one of its main marketing tools. A big square with a picture scene on it that represented what the artist and their music were all about. Perhaps the biggest effect that the record cover has had on society is the branding of a particular kind of lifestyle. It is with record cover artwork that music became a leading influence in fashion, politics, and social identity.

Everyone loves a good album cover but it's not quite the same as it used to be. Our first hand feeling with album art is just not so physical anymore. Most all new album artwork is initially viewed on the computer or smart-phone screen and it is a little square that you can't really touch. Whereas back in the day of LP's you literally had to go to the record store to see it, or perhaps there was a snapshot of it in a newspaper or magazine. Then with the Tape and CD came along a smaller rectangle and square with its internal artwork and little lyric booklets. Today with these digital data squares representing us as musicians we have more opportunity to get our image and music out to more new fans than ever before. With the 'come-back' of the vinyl gaining momentum we will have the best of both worlds- the reach and convenience of digital albums together with the physical quality and artistic craft of vinyl.

On the first album, I released in Europe I had blurry album artwork all over the internet. Neither the record label I was working with or I knew much about the importance of image quality standards when it came to digital distribution and online press. The resolution formats were different for the CD pressing plant than they were for the net. Though my album looked very attractive physically it looked like a rough pixelated orange cheesy omelet online and not so many people bought digital downloads even though I had a ton of fantastic reviews from the music blogs and press. From this experience I've learned to pay attention to details and never completely leave those details up for someone else to take care of. At the end of the long process of writing, recording, and releasing an album, it would be a shame for people not to give it a listen because the artwork looked bad on their screen.

You want to make sure that your artwork meets all the required specifications the first time you upload. Be certain that you don't use too small of an image and then stretch it because it will be blurry. The standard format for digital album artwork is a 1400 x 1400 pixels JPG but iTunes recently updated their requirements to 3000 x 3000 pixels. The exact 'artist name' and 'album name' must be displayed on the cover and match with the metadata. iTunes does not accept: blurry and pixelised images, website URL's, social network symbols, email addresses, pornographic images and copyrighted images. There is free open source software you can download on the internet to work on your album art such as Seashore, Gimp, Inkscape, Scribus and many more.

Stand out and stay recognized!

You want your artwork to be just as catchy as your music. It is helpful if your artwork integrates a particular style, image, or brand that fits to your music and is rather consistent through each release you make. This will allow people to find your work immediately amongst all the others. You can use your unique trademark fonts, colors, and designs in a way that ties together each aspect of your release. For instance Jack White uses a distinct color code for each of his releases and this is uniform through the album art, single art, music videos, stage outfits, merchandise, and even the actual instruments themselves. His last releases were all blue-white-black whereas with the White Stripes the colors were red-white-black. Most all popular artists have a logo and a design scheme that helps them stand out and be recognized without making an extra effort. Find out what style of graphics fits to the mood of your music and the expression of your stage personality, then be clearly consistent with each detail you present to the public.
Share this article on
Author Brandon Miller
Read more from this author