In our electrified world musicians are still taking many opportunities to perform unplugged, whether in the increasingly popular concept of the living room concert, for an unplugged youtube video session, or during the middle of a fully amplified concert as a way of getting more involved with the audience. No matter what the situation is where you perform unplugged, there are some things to be prepared for so that it works brilliantly.

Prepare to be bare 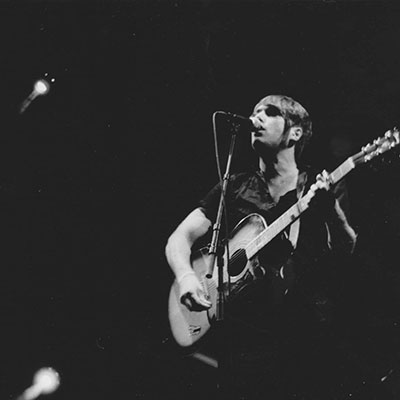 In essence, you want the fat trimmed off of your songs to be performed unplugged. Solo parts, complicated arrangements, and even vocal phrasings may not be expressed as well as you might expect them to be without amplification. An unplugged concert is a wonderfully disarming and intimate experience for both the artist and the audience. As the performer you should prepare to be bare.

You can tuna fish but can you tune a guitar?

I was recently working at the merchandise table for the Patrick Watson show at the Gretchen club in Berlin and during the middle of the concert the band took a break, came down off the stage with acoustic guitars, sat down on the bar, had some shots of Jägermeister and then tried to perform unplugged. But then 'twaaaeng!' the guitars were ridiculously out of tune!

Adapt to the moment

The band stopped the performance immediately and the singer adapted to the situation by using stage banter to distract the audience. After a little more than five minutes of string twanging to tune the guitars the magic moment was sort of lost. The band went on to play two songs and the crowd loved it and sang along because they were such dedicated fans. For many less famous, adaptable or experienced performers this moment would have certainly been the a nail in the coffin for the show.

The songs they performed unplugged would usually have had a more complicated orchestration with more intricate details but for this part of the show the songs were stripped down to their core elements. If you have a chance to perform unplugged to an anxious audience in a large room be sure your song structures are solid and your instruments in tune.

I've witnessed this act of leaving the stage to play unplugged in the crowd at many concerts and sometimes it just doesn't work out as well as it could. It is often because the musicians either have not prepared the song to be performed 'barebones' or they are trying too hard to get the audience to participate by singing or clapping along. Anything forced destroys the authenticity of your performance and stops the flow of the show. Never pressure the audience into performing with you as part of the unplugged act, it's assaulting in an annoying kind of way.

The number one difference between performing songs unplugged and plugged-in is the volume at which you can deliver your song to the audience. Microphones and amps make it possible to expend less physical energy when playing and also allow for a more dynamic range of sound. The possibilities for articulation, timbre and power of the voice or instrument is more easily manipulated with amplification. When you perform unplugged your sound has more constraints. Your power is coming only from your physical ability to create sound. You want to be able to turn yourself into a natural amplifier and resonance body.

Various positions from a room

I just performed at a Sofar Sounds Unplugged living room session with two other musicians, Ezra Furman and Zaped. We played to a crowd of about a hundred people in a living room that was so full you couldn't walk through it. The room had high ceilings with several large wooden beams spanning across odd wall angles so the acoustics were quite good without any strange reflections or frequencies. Ezra Furman and I both played acoustic guitars and because of our position in the small room with loads of people and the window open, we could hear the birds singing in the trees as loud as we could hear ourselves play and it was a bit distracting. It's important to discover the best position to play in a room before the concert starts, which we didn't do.

Unplugged but not exactly

Sometimes though playing 'unplugged' is not truly the case. For example, MTV Unplugged was not unplugged but rather bands performing their songs with plugged in acoustic instruments through smaller, less powerful amps. The songs and performances are more naked in a sense but still the musicians are plugged in. A great example of this can be found if you listen to Nirvana's MTV Unplugged album.

At the Sofar Sounds show, the artist Zaped couldn't play truly unplugged because his songs are electronica and he uses synths, electronic beats and an electric guitar, so he had to plug in to a small sound system. Unfortunately during his set the sound became terribly distorted any time he played with a little bit of volume because there was a broken cable or a blown speaker cone in the system which was never discovered because before the show no one made a sound check. He ended up playing his electric guitar with minimal amplification and had to completely throw out the electronica element. He adapted his music spontaneously to the sound situation, playing stripped down versions of his songs, and it came out great.

The lesson is always double check your sound before the show starts even if it's an unplugged show. Be prepared to be bare naked with your songs and your stage presence. Check your positioning in the room to find the best acoustics. Be in tune, be able to adapt to anything that happens, and be physically prepared to be louder than you're used to.