With over 1.23 billion monthly active users (over 17% of the entire world’s population), Facebook should be a pretty effective platform for reaching fans. Well, it used to be. While having a Page on the social network is still a popular marketing tool for any musician, dwindling organic reach (how many people you can reach for free by posting to your Page) means that less and less fans are kept up to date on their favourite artist’s news. According to UK five-piece rock band Fearless Vampire Killers, just 3% of the 80,000+ people who have Liked their Facebook Page now see their updates. 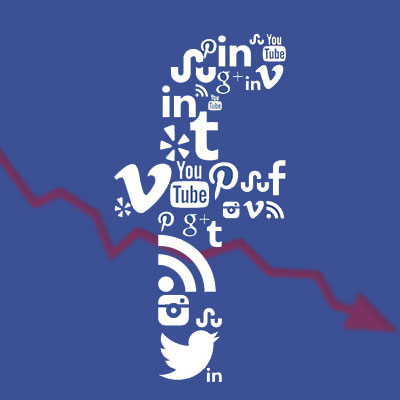 In June, Brian Boland who leads the Ads Product Marketing team at Facebook, explained that an increasing amount of content being posted together with more users becoming fans of Pages (this grew 50% last year) is why Pages have less exposure. It’s not good news for small businesses. It would cost Fearless Vampire Killers £2,000 to promote one post that would reach their entire audience – not exactly small change for an independent and self-financed band.

So what do you do to ensure your fans aren’t left in the dark? Take matters into your own hands and launch your own social network. Fearless Vampire Killers have spent the past four months working on The Obsidian Bond – a website that combines aspects of other profile-based sites and allows fans of the band to interact with each other and get access to exclusive content.

“Facebook’s reduced reach has really damaged us in the last two months. Our posts have been getting nowhere near the amount of interaction that they used to,” explains vocalist/guitarist Kier Kemp. “The whole idea [with The Obsidian Bond] is that we want to bring this in house. One of the best things about being in a band is having people tell me that they’ve made long term friends for life through our band. Our fans get somewhere they can meet other people that share common interests while we get to have our entire audience in one place.”

350 members in only a few weeks

Launched in mid July, fans pay £2.99 for a monthly subscription with reduced prices for six month and yearly packages. Videos, guitar tabs, lyrics and podcasts are a few of the privileges that subscribers of the band’s social network get access to – as well as hearing one track from their new album every week ahead of its release date on November 3. 350 people have signed up so far – already creating an extra £1,046 in monthly income (though the website’s server costs around £100 to keep up and running).

The band are hoping to reach 1,000 users after a few months. With over 32,000 Twitter followers, it’s not an unlikely goal – and one which would put just under £36,000 a year into their back pockets. Says Kemp: “Record sales are dwindling, we make a fair bit on digital but digital alone isn’t enough to sustain a label. Our merchandise income is often tied up in large advances so we'll get a lump sum, but then won’t have any cash flow for a large period of time.

“The Obsidian Bond is a source of income for us that we can rely on and it’s not tied in to anything else. We’ve worked really hard to make it worth the money - £2.99 is the price of a couple of chocolate bars or a pint and hopefully our fans will get a lot more out of it than just drinking a pint.”

So how do you get started? Unless you’re lucky enough to have an expert on code in your band already, someone needs to learn. Fearless Vampire Killers’ guitarist Shane Sumner spent a few months teaching himself web development, which doesn’t have to cost anything apart from time. A few free online resources recommended by tech review website Cnet include LearnStreet, Khan Academy, Codeacademy and W3School’s JavaScript tutorial.

Once you’ve got the technology aspect out the way, then comes design. What are you going to offer fans to give them a reason to sign up? Insane Clown Posse launched their social network Juggalobook in 2012, featuring games, forums and a ‘JuggaloRadio’ (though this looks like it’s been ‘coming soon’ for a while – important note, keep everything updated). While Lady Gaga’s Little Monsters site is very art and fashion-centric, offering a number of forums where users can share pictures and memes.

As a theatrical/alternative band, Fearless Vampire Killers’ know their fans are into the lesser mainstream aspects of popular culture. Role-playing video game World of Warcraft, mythical stories and gothic concepts are what have inspired The Obsidian Bond. Together with exclusive content, the website features an online store where users can use in-network currency to purchase tokens to send to other users, display badges, rare tracks and downloads.

“We want to encourage people to actively use the site because the problem with most social networks is you can easily stagnate. If people aren’t active enough then everyone will leave,” says Kemp. “We wanted to make it fun as well - credits are earned the more users interact and use the interface. The more they do, the higher ranks they go up and those ranks are a way of showing how much of a fan they are and showing off really, which is what everyone wants.”

The whole project has been conceived since Fearless Vampire Killers switched management companies. After spending time with a “large pop-centric company” who took them away from their audience, they are now being looked after by smaller London-based firm Wiseblood Management. “ We felt really disconnected so this is about reconnecting with those people and giving them something back,” says Kemp. Why not do the same for your fans?