The UK has spawned some pretty legendary musicians: The Beatles, Amy Winehouse, Adele, Oasis, The Stone Roses and Kate Bush to name a few. And thanks to its seemingly endless supply of incredible talent, the territory has a certain amount of weight and prestige for aspiring artists: if you can make it in Britain, you can make it anywhere. 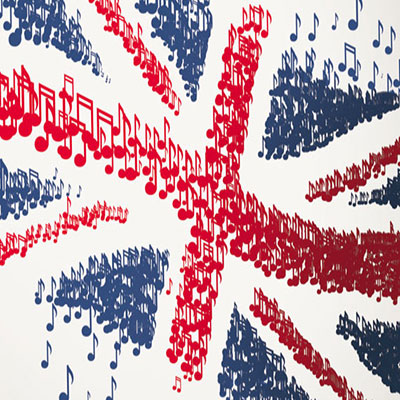 The average Briton still spends $21 a year on recorded music, fourth on the list of spenders behind Japan, Australia and Norway. As a music-loving nation with disposable income, there are lots of opportunities for artists to earn money. But while the Brits love their homegrown talent, international artists bring a fresh sound and provide a welcome break to what can often feel like a slew of copycats jumping on the back of whatever genre is popular at a given time.

Provide a point of difference

A&R man at Domino Records Jack Shankly has worked with artists such as Real Estate, Julia Holter, Matthew E. White and Washed Out. Speaking at Primavera Pro in Barcelona earlier this year, the exec shared his expertise. “The international artists that to do well are those that aren’t trying to be too Angle-fied,” he explains. “People in Britain like something that’s quite authentic and different. They turn off if there’s a band from Barcelona just trying to sound like what’s going on in London. We look for something that isn't trying to sell itself to particular market but is just real.”

Interesting artists of the past few years to have come from outside the UK and gained fans in the territory include Danish songstress MØ, French DJ Madeon, Aussie producer Flume, Swedish singer/songwriter Agnes Obel and Filipino producer Eyedress (aka. Idris Vicuña). Shankly says Eyedress is a perfect example of the way international acts should be presenting themselves for a UK audience. “Nationality is irrelevant in the UK,” he says. “Eyedress is a really good example – his music is really strong and packaged really well in terms of a DIY sense, it sounded unlike anything that was going around at the time. As long as the music is good enough, it doesn’t matter where in the world the artists are.”

Getting a foothold in the live market

While all the above examples sing in English, it’s not outside of the realms of possibility for foreign language speaking artists to pick up a UK fanbase. Kevin Moore is event executive at annual new music showcase The Great Escape in Brighton. “We’ve booked a Catalonian band singing in Spanish before. As long as the lyrics aren’t the main focal point of the song and more of an instrument you can get away with it,” he says. Icelandic rock band Sigur Ros sing in their native language but their last three albums have reached the Top 10 in the UK Albums Chart and are now signed to legendary indie label XL (known for Adele, The Prodigy, Dizzee Rascal).

At The Great Escape in May this year, around 50% of the artists booked to play were international, says Moore. The multi-venue festival is a key date in the music industry calendar and a place where A&Rs go to scout for talent. Moore explains, “We had artists from the US, Canada and Australia as well as some of the smaller markets like France, Germany, Latvia and Japan. There's a huge appetite for all of the bands that come to The Great Escape over three days. People don’t necessarily need to know who the band are in advance of coming down to really enjoy those performances.”

To get on the bill at The Great Escape, an open submission process begins in August/September time. Moore receives around 6,000 applications a year. Having a great song hook is vital, and is what will make applicants stand out from the crowd, he says. “From our side the most important thing is that the band has great songs and a great live show. A lot of industry will maybe give an artist one chance, there’s so much stuff going on in the UK market that if a band doesn’t impress on first listen, a lot of people will give up. It’s also important to have a good team in place – management, PR and an agent.”

A strong identity, well-developed image and online presence is what UK A&Rs look out for when considering signing international acts. XL Recordings studio manager Rodaidh McDonald explains: “We often look at artists that have been able to create an identity for themselves online - a presence that ten years ago you wouldn’t have been able to do without a record label. That can be quite a good gage of how creative an artist can be.” Adds Shankly: “The UK media is incredibly fickle and intensely image conscious. For any artist, regardless of the nationality, it’s pretty important to have a well-defined aesthetic."

Getting coverage from small tastemaker websites and blogs can be just as important as the likes of NME (if not more). Channels UK music fans rely on to sift through the wealth of content that’s out there include Abeano, Killing Moon, The Mahogany Blog, independent magazine DIY, the website for The Great Escape that has a ‘band of the day’ feature and female only tastemaker websites/magazines like Wears The Trousers and The Girls Are.

When pitching new music to journalists or record labels, you’re likely to be one of 2,000 people that are doing the same. The emails that get noticed are the ones that have researched what kind of music the person they are sending it too might be interested in and provide an easy link to the material. Shankly explains: “Send it with the link; and, ‘I think you’ll like this for these reasons’. We’ll be much more likely to engage with it. It comes down to identity, it’s a much move convincing argument.” Check out this post on how to grab the attention of journalists when pitching music for coverage.

But ultimately, building a UK fanbase all comes down to talent. “It’s our job to be finding this stuff, if you’re building it, we will come,” says Shankley. “We scour the internet for weeks on end, so you need to be on Tumblr, Twitter, Facebook and YouTube and present it properly. You don't need to push yourself much more than that. We want to find you rather than having you present yourself. Put yourself in the shop window and be cool about it.”