The French market is the 5th largest in the world, and one of the hardest to break into. There are several reasons for this, including consumer diversity, difficult legal and bureaucratic formalities, and the quotas, which oblige French radio stations to play a fixed percentage of French music. In order to get a foot in the door you really have to be in touch with the professionals here, and built a strong network in this field. To do this you need to find good partners, who will support you throughout your development process. In the mean time, there are a few festivals, which have become crucial meeting points for this kind of purpose, which you should be sure not to miss. Here is a list of the most important ones, focusing on MaMa in Paris and the key figures in France who you need to be aware of in order to break into the market. 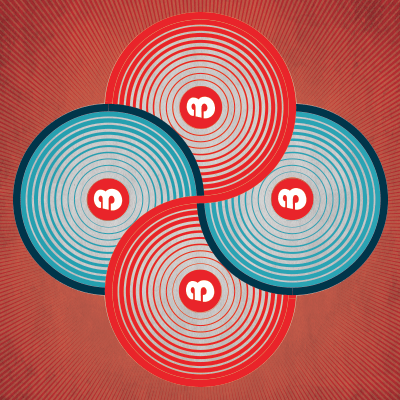 the pros at the best events of the year:

Les Transmusicales de Rennes  3. – 7. December 2014THE place to be for festival programmers and venues. Their programming always features unknown artists, and is often the landing point for foreign bands in France.

Le printemps de Bourges 24 -  29 April 2015The second big meeting point for live music professionals. This is the place for small groups to get discovered, and continue to make waves over the following months. Bands from France, Belgium, Switzerland and Quebec can apply to be voted as the best discovery of the year between 20th October and 7th November.

Le MIDEM, Cannes – 5. -  8. June 2015MIDEM is a bit more commercial than the others, but it’s still an essential international meeting point for the recording industry. It’s extremely expensive to visit, meaning that it’s probably not easy for new groups to attend.

Le MaMA, Paris – 14.-  16. October 2015MaMa has been establishing itself as the meeting point for music industry professionals in Paris for the last 5 years. It unites most of the key players in the scene with an audience that is continually growing. Alongside more than 100 concerts, MaMa hosts over 60 conferences and lectures. Labels, makers and editers all meet up for networking and concerts in the heart of Paris.

How do you become one of the chosen ones?The yearly task of the MaMa programmers is to find artists with a strong export potential. Being famous already doesn’t count for much here. The programmers then contact their producers directly to organise the evening events. MaMa’s programme is made up of 50% French acts, and 50% international, and can also help you to get booked for festivals in your own region or country.

You can also apply for the festival via MaMa’s homepage. Competition is high, in 2014 there were more than 2000 applicants for the extremely limited places.

How can you prepare?It’s important that you have a small PR budget in order to apply for the festival, as you need to have a good buzz beforehand. There’s no point in going to MaMa if you’re not prepared. MaMa isn’t only interesting for bands: it also hosts lectures and events that give you the opportunity to meet associated partners, extend your network, or get a very precise picture of the market.

Radio and TV are the most important discovery sources for new music in France, with the internet and streaming platforms following in third place. Make sure your music is available on Deezer, the French streaming service that aims to bring young artists some recognition. Maintain your profile there regularly, integrate with users, and create playlists. Also be aware of Qobuz, a platform that’s been around for years now, but is gaining recognition again now thanks to its HD technology.

Share your videos on sites like Dailymotion or Vimeo to help them gain popularity in France. It’s still crucial to be on YouTube, but the other platforms can also turn out to be extremely practical ways of sharing your videos without being blocked by SACEM.

Don’t forget that success in France can open the door to other opportunities in French speaking areas or neighbouring countries, like Belgium, Luxemburg or Canada. There is a lot of cultural exchange going on between these countries. Nothing is guaranteed, especially for groups that don’t sing in French, but the most difficult part is already over, and you might find some interesting opportunities.