Last week we wrote about how you can boost your career by playing at a showcase festival, and this week we're giving you some advice on how to break the German market.

As the third largest music market in the world, Germany holds a wealth of opportunity for musicians. In 2013, the country made €1,023.9m ($1,361.1m) in recorded music revenue and grew 1.1%, according to IFPI figures. Known for its diversity, international acts have a decent chance of gaining traction in the country (last year UK acts accounted for almost one in five (17.9%) of all artist albums sold in the territory). And there are no radio quotas that say stations must play a certain amount of homegrown talent. 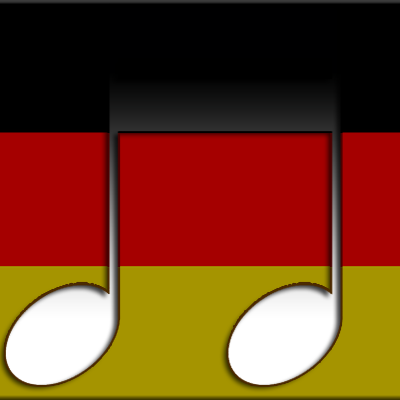 While the recorded music market is still pretty profitable (73% of Germany’s recorded music revenues last year came from the physical market and 21% from digital), the live market is even bigger. Germany has 80 cities with more than 100,000 inhabitants and 13 metropolitan areas with more than 500.000 people. For artists looking to tour, there's not only the chance to go to the big cities like Hamburg, Cologne and Frankfurt, but also to a lot of other places that have a big audience. The country has over 1,300 festivals and there are hundreds of thousands of music venues in each city.

Director of yearly showcase event Reeperbahn Festival in Hamburg, Detlef Schwarte, regularly works with international acts in Germany. “In former years 50% of revenues came from the recorded music market and 50% from live. But today, two thirds of revenue comes from the live market and just one third from recorded sector,” says Schwarte. “It’s a task to enter the German market, and you have to be prepared, but there is a lot of potential for established or new artists.”

Joining Schwarte on a panel at Primavera Pro in Barcelona earlier this year were booking agent Reinhold Seyfriedsberger of Ink Music, festival director of OpenAir St.Gallen Christof Huber and marketing man Thomas Roscheck of Sonic Visions. The four execs discussed how bands can make the most of Germany and its strong cultural links.

Taking place on September 17 – 20, Reeperbahn Festival welcomes 30,000 visitors to its multi-venue music festival in Hamburg. It hosts around 400 concerts from up to 40 nations around the world. A music conference arm attracts around 3,000 delegates from the live industry and labels and publishing companies. Additionally, 20 showcases are organised by partners including record labels and music export offices.

Acting as a gateway to the German music market, it’s a good way to network and meet the right people who know how to break new bands. However, it’s not enough to bring a band to Germany to play Reeperbahn and then go home again, says Schwarte. Due to the size of the market, bands that book a tour must have a release and vice versa. And having a team in place of a promoter, label, media partner or PR company is “recommendable” to be able to get attention.

“Festivals like Reeperbahn can be part of your strategy to establish an artist but it’s not a good idea to just go to one of these events and think that everything will happen there and you’ll directly find the right people who will make you, or your artist, successful,” explains Schwarte. “You need to combine a few elements and find the right partners. There are hundreds of independent music labels in Germany and at least one of them will fit your needs. There are also a lot of big and successful independent tour operators and promoters.”

Language is not an issue and music fans in Germany care more about genre and style, says Schwarte. Rock, pop and niche genres are popular and hip-hop festivals such as Splash! provide a platform for new and established rap acts from around the world. Export offices are generally well respected for bringing new talent to Germany and can be useful for supporting new acts with little budget and no contacts. Places like Norway, Denmark, Sweden and Canada are well known for doing the legwork before trying to enter a new market.

Germany is also within close geographical proximity to wealthy German-speaking European markets including Austria, Switzerland and Luxembourg. With a combined population of 91m, the surrounding areas are vital to include in any new artist’s strategy.

With around 8m inhabitants, Austria isn’t the biggest music market, but still holds promise. Again, live is king, where artists can be playing 600/700 capacity shows, despite not even selling 50 copies of vinyls or CDs, says Seyfriedsberger. Vienna is the first place to visit and acts as a gateway to Eastern and Southern Europe. “Bratislava is an hour drive away and Budapest is two and a half hours from Vienna - 25% of ticket sales from a Ink Music-booked Caribou show came from neighbouring countries,” says Seyfriedsberger. “If you can establish an artist in Austria, they can easily tour four of five cities such as Linz, Salzburg and Innsbruck.”

Sonic Visions is the Reeperbahn of Luxembourg, created by the Rockhal venue’s music and resources centre. Existing to develop the national music scene, the festival is all about discovering new bands. Roscheck says Luxembourg’s infrastructure of clubs and concert venues means there are options for acts at all levels. As an international country, French or German-speaking artists can find fans there. And with a strong banking sector employing lots of English expats, young UK bands are likely to be known too. “On the other hand we’ve got quite a high percentage of the population which are Italians and a very high percentage of Portuguese people. We’ve also got media in Luxembourg that are French, German, English, Portuguese speaking radio stations and Italian magazines. It’s quite easy to really target your audience,” adds Roscheck.

Record sales and radio airplay is “not that relevant anymore,” in Switzerland either and there are around 300 festivals that play a big role in the country’s music market. Along with the Montreux Jazz Festival and Paléo Festival, OpenAir St.Gallen is a strong brand and attracts around 30,000 music fans every year. Huber says playing at least one of the festivals is key to breaking the market and then being able to book a tour. “In my experience a lot of European and UK bands, if they don't work the market in a strong way, if they don’t focus on two or three shows and festivals, nobody is interested in them anymore after five years - even if they are big stars in the UK. To break a band the live sector is so essential - we have certain bands who sell out clubs with 800,000 people but you don't find them in the charts.”

You’ve still got a chance to get a last minute ticket to Reeperbahn Festival here. Why not come down and experience the German music market first hand?