While the internet has been a godsend for independent artists looking to reach a large audience, it’s also brought a wealth of problems when it comes to making sure they get paid. Back in the days of the CD, payment was pretty simple. Those that collect royalties to distribute to musicians only had a few partners to deal with. Digital came along, and then streaming, and the amounts of cash collected went micro as the number of digital service providers grew. 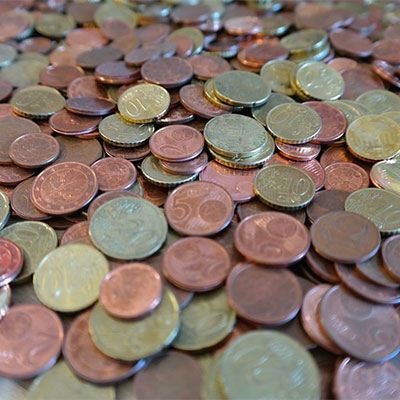 The days of straightforward and transparent account statements are now of the past – now there are columns of figures, a flood of data, inconsistencies in the calculation of rights of use, and questionable analyses of the actual utilisation of music in bits and bytes. What’s left is an account statement based largely on good faith and information supplied by download providers and streaming services.

It is a subject that was high on the agenda at Reeperbahn Festival in Hamburg in September, when iMusician CEO Shigs Amemiya, Finetunes CEO Oke Göttlich and project coordinator at Beggars Group Rob Gruschke discussed the chaos of digital payment – and made suggestions for improving transparency and morality in the digital music business.

Collection societies now have to deal with “1,000 more transactions, which are 1,000 times smaller than they used to be,” explained Amemiya. “Instead of collecting dollar bills, they are collecting lots of coins, and each one of those coins goes to a different person. The cost of administering that if it’s not automated is massive.”

There’s no international standard, like a barcode or unique number, for songs, so usage reports are used instead. Those reports, requiring information such as name of the author and song title, are sent to collection societies – like PRS For Music in the UK, GEMA in Germany, ASCAP in the US and STIM in Sweden – who then attribute payment accordingly.

However, simple transcription errors and spelling mistakes mean that the money is not always paid to the right person. Or any one person, for that matter - revenues from the streaming of online are sometimes left in ‘black boxes’ thanks to administration errors, said Amemiya. “There’s reportedly about €5.7bn in this black pot in Europe, GEMA is probably hitting closer to €1bn in unclaimed royalties.”

So why hasn’t an international standard been developed? Well, there was one in the works. The Global Repertoire Database was designed to be a single, authoritative online data resource, containing information about all musical works from publishers and collection societies across the world. Around £8m of publisher and songwriter money was spent on building the copyright portal since 2008, before a fall-out of collection societies over funding of the project halted its progress earlier this year.

The GRD was reliant on an additional £18m to get off the ground, funding which was expected to be contributed by 12 global collection societies this year. However, a string of groups pulled their support, leaving the project devastated. US group ASCAP was the first to fold its interest, followed by SOCAN (Canada), PRS For Music (UK), SACEM (France), SIAE (Italy) and SGAE (Spain). But why?

It could be said that the societies themselves probably have the biggest incentive not to see a GRD happen. At the moment, they control all the data, which gives them power and a reason to exist (aside from licensing music for places like shops, bars, hairdressers and restaurants). Some societies might withhold data so all the digital services will have to deal with them, rather than songwriters and publishers directly. The GRD was a threat to their back pockets so it was scrapped - regardless of the fact that it would have hugely benefited the very people collection societies say they exist in the interest of.

Amemiya added: “The simple fact is [collection societies] still take their share whether they’ve correctly paired up the royalties to the artist or not. They make the same amount of money either way and a new solution requires a lot of infrastructure and technology costs - there’s no financial incentive for them to actually change the system. They are using the card of, ‘We’re trying to change’ but we’re ten years into the digital revolution, I don’t think it’s good enough.”

Despite their shortcomings, Finetunes’ Göttlich reiterated the importance of having a collective voice via collecting societies and said “blaming associations will not lead to any solution”. “We shouldn’t forget that associations like GEMA are really good for one reason, it is the only solidarity movement in the music industry where every song, whether it’s from Rihanna, Madonna or an independent label, gets paid the same amount for usage.

“We are all overwhelmed by the transparency new technology is giving us. We have to work together  - we should be empowering GEMA by telling them what kind of data we are receiving or what we need to proceed to make them faster and better performing.” There are other initiatives underfoot that aim to simplify rights licensing and processing. GEMA, PRS and STIM will launch a pan-European licensing hub early next year and WIN and Merlin are also said to be working with neighboring rights experts to find a database possibility.

But, ultimately, the real power in the music industry lies with the creators. Concludes Gruschke: “We are the ones who can stop it, collection societies are run by us, GEMA is run by the publishers, the GVL is run by the artists, the performers and the labels. We should take charge and say this is not what we want, we want to change it.”