A snap shot of the fight for survival in the digital age: there isn’t too much money to be made by actually selling music. Artists try to compensate for that via live performances. But how do you land a series of lucrative gigs if hardly anyone is aware of your existence as an artist? The keyword is marketing. And marketing is cheaper in the digital age than ever before – you just have to do it right. 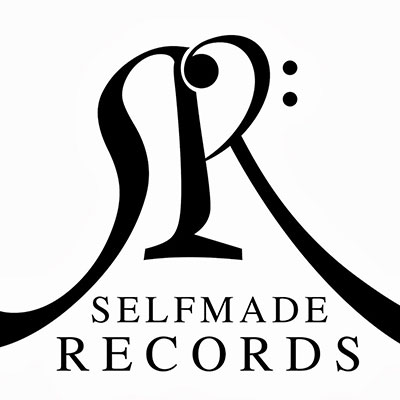 Take Selfmade Records as an example. The Düsseldorf based label was founded in 2005 by Elvir Omerbegovic and Philipp Dammann, and is currently causing a furore in the German, Austrian and Swiss charts. Selfmade’s figurehead, the German Rap artist Kollegah, went straight to number one in all of the aforementioned territories with his current album “King”, as well as with “JBG 2”, his collaboration with Farid Bang. Shortly afterwards, the rap duo Genetikk secured the top spot in Germany, and entered the Top 5 in Austria and Switzerland.

The remarkable thing about these releases is that all of them are rather uncompromising street rap. Hardly any of the songs on these albums would ever receive airplay on mainstream radio.

Another remarkable thing is that the artists signed to Selfmade Records still sell a lot of physical CDs. Qualification for the German charts depends upon the revenue a release generates, which means that an artist who sells a lot of box sets is likely to reach the upper region of the charts with comparatively low sales. But Selfmade’s CEO Elvir Omerbegovic is confident that his acts will leave the competition behind, even if the charts were based on the actual units sold.

Connecting with fans: “It is vital that we add value for the people who follow us online”

How is that possible in times when artists all over the world seem to have made their peace with the notion of not being able to survive off music sales alone? The answer is: connecting with fans. True aficionados will always spend money on their passion, and this is not only the case in music. For that reason, all marketing efforts should always be aimed at reaching out to new fans, and, more importantly, connecting with them.

Let’s take a brief trip into the past, to the year 2005. CD sales hit rock bottom, piracy was huge. As a label, you didn’t possess many sources of revenue to develop and expand your business. At the same time, you tried to promote your artists, but posters and ads cost a lot of money. You had to find cost efficient ways to grab the audience’s attention. “That could only be achieved digitally, which is why we focused on that from the beginning”, recalls Elvir Omerbegovic. “Today, we’re continuously searching for ways to step it up a notch with each new release, especially digitally. How can we promote a product, and knit a story around it that makes people care?  In Kollegah’s case there was “Bosshaft TV”. For the 257ers we’ll come up with something different. The most important thing is that we add value for the people who follow us online.”

Selfmade Records’ official YouTube channel has almost 750,000 followers, and Kollegah’s “Bosshaft TV” channel isn’t far behind with more that 625,000 followers. Artist and label have built this allegiance by offering a regular dose of videos that invite fans to watch, and, more importantly, to stay (see “How to optimise your YouTube channel"). The people at Selfmade Records were forced into the role of digital trailblazers, and made the best out of it.

Selfmade Records is not an isolated case. Social Media plays an important marketing role in the dance sector as well. Just like Selfmade, dance labels had to find cost efficient marketing solutions. Take Armada Music for example. The company was co-founded by dutch star DJ Armin van Buuren in 2003, and has been focusing on digital marketing channels ever since. As the variety of those channels increased, the marketing methods became more sophisticated. Just take a look at Armada Music's use of Google Hangouts: Armin van Buuren is playing a show in Kuala Lumpur. Armada Music invites Fans in Brazil into a virtual Google Hangouts room and throws the live footage onto a screen on stage behind Armin van Buuren, so the fans in Brazil can greet the audience in Kuala Lumpur. In that moment, the world feels truly connected.

Prior to his „King“-Release, Selfmade's Kollegah had a lot of fun on YouTube, especially with  his own channel „Bosshaft TV“, which offered exclusive tracks, spontaneous fan visits, a late night talk show, and fitness tips. Kollegah was also joined by a film crew while donating his YouTube ad revenue to charity. All of these videos connected the artist with his fans, and it helped that the content was hilariously entertaining in most cases. As a result, Kollegah's album sold more than 100,000 copies in the first 24 hours after its release, which meant gold status in Germany. After one week, 161,976 units were sold, meaning the biggest sales week for any German Rap album ever. It was also the biggest sales week of any album in Germany across all Genres in almost ten years.

Selfmade Records doesn’t just use a different marketing strategy for each of its artists, but also for each product. “An artist could decide to record an album that caters to a specific audience only, and change course completely on the next album”, explains Omerbegovic. The next Selfmade release will be a new 257ers album. As far as marketing is concerned, it is going to be a “mix of YouTube, where we have an enormous reach, Spotify, Radio and TV”, the label boss reveals.

A young audience that is versed in the usage of new technologies is the reason that digital marketing works so well in dance and hip hop. Armada Music's Albert Slendebroek said in an Interview with the trade magazine “Musikmarkt” last year: “Young people do everything differently. Young people are creating a new music industry as we speak.” A company that wants to be successful should keep an eye on the mood of this young audience. The easiest way to accomplish that is via the social networks, of which YouTube has become the most important. People comment and debate on YouTube just as much as they do on Facebook. If one looks at rap in Germany as a whole, YouTube is the most important marketing instrument in the eyes of Elvir Omerbegovic. “But the other channels are important, too: Facebook, Twitter, Instagram”, he adds.

But Selfmade Records doesn't stop there. “Depending on the acts, we still spend marketing dollars. Prior to the release of  'JBG 2', for example, we covered the whole of Germany in placards. That cost money, alongside our co-operations with TV stations. Not to mention all the fancy music videos. At least our reach is already widespread, so we no longer have to spend money to buy actual range. We add marketing tools wherever it makes sense. Others face the challenge of having to use these marketing tools to broaden their reach in the first place.”

Furthermore, once your audience reaches a certain size, YouTube starts paying off financially as well. Maybe as digital business models become more sophisticated, articles like this won't start by emphasizing the difficulties of earning money through selling music any more. Perhaps at some point there will be more money to be made from digital business models than has ever been possible in the physical age. However, for that to become reality, licensing and accounting have to be cost efficient too. Digital technologies offer solutions, as can be seen in the marketing case. The established players in the business are reluctant to accept that fact, as they are all earning a good living under the traditional structures. But that is another story entirely.