Get Your Music Heard Now!

We talked about the history and the technical details of mastering in our previous blog "What is Mastering". Our aim was to give you both a short summary of each part of the mastering process, and a good overview of the topic. We now have a few extra updates to share with you, especially concerning the "Loudness War."

An end to crazy volume levels? 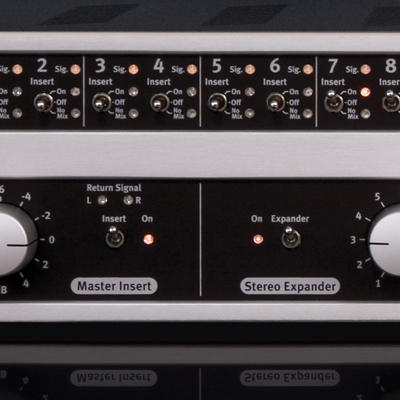 Bob Katz is a renowned mastering  engineer and opinion leader. He recently spoke at a convention in New York about "the possibility of ending the Loudness War". He was actually talking specifically about Apple's new streaming service, iTunes Radio. This service uses an algorithm which analyses a song individually, determines how loud it is, and then balances all your tracks so that they're at an even level (volume). This "Sound Check" is a default setting in iTunes Radio, limiting any fluctuation in volume between songs. This means that it doesn't actually matter how the song was originally mastered - recordings from the 80s can sound just as loud as the latest hits.

If Radio and TV stations, clubs and other streaming services were to use this type of level balancing, perhaps the loudness war which has been raging over the last few years would indeed finally be over - however, we've still got a long way to go before that happens!

In an interview with CMU (Complete Music Update), Bob Katz explained that the loudness war began with the production of the first ever physical copies of music - admittedly to a lesser extent than today. In the vinyl era, the levels of different records could differ by a maximum amount of 4-5dB. In comparison, the difference in level between CDs has reached up to 20dB! This only became possible with the introduction of digital technology.

Even in digital recordings, if a track is pushed above a certain level it will suffer from audible blips (distortion, clipping).

Apple’s Method of setting a specific level for all the songs played in iTunes radio seems to be the only way of smoothing out the differences in volume between songs. Furthermore, there are no extra functions or modifications applied to the audio signal, meaning that the material put out is not tampered with, and corresponds 100% to the original master.

The method is quite different when it comes to radio, where extra dynamic processors are used to add compression recordings which have already been significantly compromised. This is what creates the ugly, pumping, and often distorted audio signals you hear.

According to Bob Katz, dynamic recordings which have been mastered more 'conservatively' will sound markedly better when placed in the context of balanced levels between songs.“Over time, recordings will return to sounding more open, dynamics will return to music – simply because we can hear the improvement. Many engineers, artists and producers have been yearning for years to have the yoke of over-compression removed from their necks. It will take a while, but we can now see the light at the end of the tunnel.”

He writes about a variety of topics including: Buss Compression, Multiband Compression, Limiting, Space optimisation/ - measurement, and much more!

18 best night clubs in Berlin (you need to know)