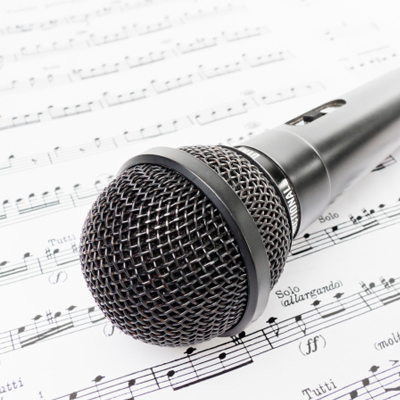 Many people have no idea what a music publishing firm is, or what it does. Do we need music publishers? Who reaps the rewards...? There are lots of questions which need some kind of clarification, due to the drastic changes which have occurred in music publishing over the years, and the volatile state of the music industry right now.

Before the invention of the phonograph, the publishing industry was solely responsible for the reproduction of music. Their job was to print musical notes onto paper, and to distribute or lend out these documents. Composers and lyricists were given contracts which gave publishers the right to use and exploit their work. These contracts were similar to those commonly held by authors nowadays, which give publication and reproduction rights to literary publishers.

After Edison applied for a patent in 1877, the phonographic industry began to flourish. It developed so quickly due to a series of discoveries and technical achievements. Music publishers were increasingly prominent, and became crucial figures in the mass distribution of music in the second half of the 20th century.

These days, music publishers concentrate primarily on assigning permissive rights and commercial use of their catalogues instead of printed notes.

What services do music publishers provide?

Music publishers sign exclusive contracts with composers and lyricists, either for authorship in general, or on a track by track basis. This contract allows the author to transfer rights of use to the publisher, in order to make profit from every possible media source - primarily via synchronisation. The term 'synchronisation' simply denotes the combination of picture and sound in films, adverts, computer games or on YouTube. The publisher negotiates payment from a client (e.g a film producer) on the author's behalf, creating a distribution licence which results in a predetermined share of the profits, or a single pay off. However, this only covers the composition itself - if the client also wants to use a specific recording, they have to apply for another licence from the owner of the recording itself - normally a record label.

Another part of the music publisher's job is the administrative management of a piece of music. The publisher registers titles with the appropriate collection society, administrates them as part of their catalogue, and registers them internationally via sub-contracted publishers. It's important to note that publishers do a crucial job administrating royalty payments, as collection societies are traditionally not very proactive when it comes to demanding payment for composers and lyricists.

Modern music publishers therefore work extremely hard to ensure that their authors' works are promoted as much as possible! It is more important than ever that music publishers have a comprehensive network within the music industry at their fingertips, and that the in-house A&R team are in close contact with representatives from the record industry or studio managers. Music publishers also have to support authors by pitching songs to record labels and performers, or at least making sure that they have a decent studio demo.

Music publishers often host workshops or encourage their authors to take part in 'Writing Camps', where all sorts of different composers and lyricists get together to write songs.

In the case of exclusive authorship contracts, it is common practice for the publisher to support the author financially; this is done by paying out an advance which roughly corresponds to the royalties that the work is expected to earn. It is paid directly to the publisher and the author via a collection society, and organised by the publisher.

The advance is then put on file as a 'cession' by the collection society, so that any royalties that are received go directly to the publisher until the advance is paid off. There is a lot of risk involved in this process! If an advance is not fully paid off a publishing contract is often extended, and cannot be terminated until the amount is fully repaid.

Collaboration with record labels and artists

Contrary to popular belief, you don't necessarily need to give both your recording and composition rights to the same company. It's actually better to keep your record deal and publishing deal separate. Smaller labels often want to make a publishing deal alongside a record deal, or assimilate both contracts. When they were able to use the increased income this would bring them to cover the high costs of phonograph production (like vinyl) this was understandable. However, since digital downloads and streaming have become the norm, this would be the equivalent of daylight robbery.

If you decide to give away your publishing rights you should check your offers extremely carefully, and ideally select a company which is independent from your label. If you aim to get your music out there and publish it internationally you can definitely find a suitable music publisher to help you do so, as long as they fulfil the duties described above. However, this doesn't mean that authors can't actively keep an eye out for their own opportunities. Collaborations only succeed if you work very closely together, with very strong communication between all parties.

We will be sharing more details on this topic in future blog posts.

If you don't have a publishing contract, we recommend you try our publishing administration deal here!

You can read an overview of the most important contracts in the music industry here.

Check also the Pro Audio Files' guide "Music Publishing 101".Finally, you can find out more about copyright by following this link.

How to use pre-save Spotify to promote your music