We're in the era where the "screen" reigns supreme. And this makes it one of the many great tools for musical promotion. We asked Enrique Torralbo, winner of the Best Videoclip of 2015 for 'Cuarteles de Invierno', by Vetusta Morla, to share his secrets for a successful music video for creative directors and bands. 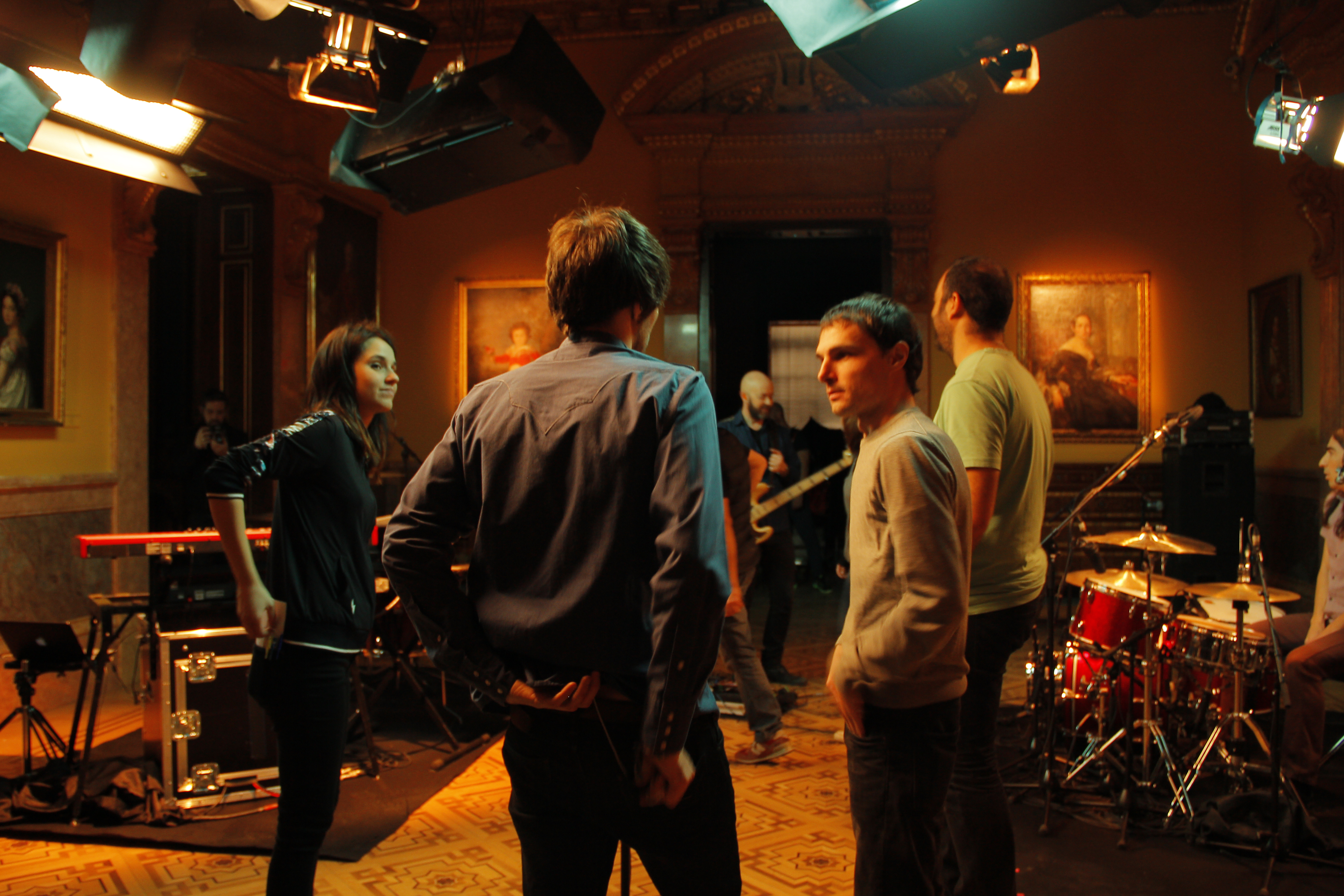 Vetusta Morla, one of the most successful bands in Spain, worked with Enrique Torralbo to create a master form, a distinct and experimental blend of video and text. 'Cuarteles de Invierno', considered the best videoclip of 2015 in Spain, was also one of the first interactive video clips. This new format was called the 'magasingle', an entirely new imagining that combined magazine and single into one continuous journey for consumption on phones, tablets and laptops. The idea was to adapt audiovisual content with experiential interaction, displayed across the web on sites like YouTube, through television, or on a mobile device.

This spawned a whole new generation of video clips for the songs, "Llévame muy lejos', from Amaral; 'Kitsuné', from Toundra; or the new audiovisual experiment 'Pompeya', by Rufus T. Firefly, to name a few.

We asked Enrique Torralbo to share with iMusician some tips for bands and video directors as they embark on their own journeys of music video production. Yes, creative direction can be a beautiful thing - but only if you follow these 12 tips.

A video clip is a promotional tool and should be serving or enhancing the song in some way. The song should inspire the music video's storytelling, not vice versa. The point of the video is to be able to support the song, bringing it to life through visualisation, projecting a certain image of the song and the artist.

The world of video clips is all about an experience that brings together techniques from both the audio and video fields. This blending allows for greater freedom and creativity. Keep Tip #1 in mind as you push the video's creative edges.

We all love the music videos of Michel Gondry, Spike Jonze or Chris Cunningham but since these guys have done it all already, stay true to your vision. Bring your originality to the form and create your own signature style of shooting.

Stay away from trends

While it may cost you more to come up with projects or ideas, your ideas will be more solid and will work better in the long run. While it may be trendy to use a drone camera, slow motion and coloured powder effects, if those elements do not work with your idea, don't include them. Be consistent with your overall style and vision. Trendy or not, if something doesn't work, it doesn't work.

Not everything is suitable for a video clip

This goes against the popular opinion, but, hey, to be a successful music director, you need to fly against the grain of conventional wisdom. As much as the medium allows for freedom and creativity, there are still boundaries. If you end up cramming a whole bunch of techniques that don't go well together, then what you have in the end is a - pardon my French - a shit video. Do a reality check and use only what makes sense.

You need to have enough material to fill the duration of the song. This goes without saying but it's worth mentioning again. Oftentimes, we base music videos on an interesting concept or a series of powerful images but that's not enough. These concepts and images need movement, they need a story, they need progression. Without this, you see, many times, music videos just resort to "anything goes". Suddenly, random and meaningless things fill the videos and it's hard to really understand or draw a string of coherency between the whole thing.

"For this I recommend one thing: if you are not going to do storyboards, put the song in an editing program. Roughly sketch the positions or ideas of what you are going to see in each frame. This way you will be aware of the material you need and, if you think about it ahead of time, you will have a fair amount of material."

And make a profit, but never use the budget as an excuse for being unable to do what you want. Usually budgets are very low, so plan to get creative if you want to make something as interesting as possible. If you do not have money, you will have to assume that you might be slightly constrained. But this doesn't mean your final product needs to be shit or look crappy.

Do not forget to bring some powerful speakers

The musicians need to be able to hear the song well (if the group is playing in the video clip). If there is a drum, its sound may overpower the sound of the speakers. Take something powerful to muffle the drums.

The singer has to really sing

Singing rather than lip-syncing allows the band to stay on rhythm and follow the beat of the drums. To soften the sound of the drums, tape the dishes underneath and muffle the bass drum. Let go of the strings of the bass and the guitars: that way, they move a lot more and fall.

Edit the song and use a metronome countdown

or whatever will set the beat before the playback starts playing. This way the band will come in right from the beginning. If you miss the first few seconds, you won't be able to use them.

Keep in mind that video clips today are mostly seen on YouTube, not on television. This means two things: on the one hand, the length of the clip matters. You can include an intro and credits if it's integral to the story or style. But don't make the mistake of going over the 5 minute mark for a music video because time is barrier to entry for the viewer. Another aspect of Youtube is that playback starts automatically when the video loads, right at the beginning. This means, all your best and most eye-catching, meaty material needs to be offered to your viewer up front. This will "hook" them and allow them to be drawn in. Otherwise, you will lose their attention. The truth is that the attention span of people has been greatly reduced so if it doesn't hook them, it's a hard pass, and you risk losing them.

And, don't forget that you've got to make a TV version. Sure, YouTube is where you'll get hits but television is still a great means of promotion. Hey, it's the age of the "screen", right? And this means all screens.
Share this article on
Author iMusician
Read more from this author