Get Your Music Heard Now!

Being written about in a magazine/newspaper/on a website is exciting right? Finally, it feels like people are starting to notice your work. Copies are sent to your mum/granny/granddad/second, third and fourth cousins. People might notice you in the street! Fans could ask for an autograph! You could become….famous! And rich! Well, while it’s not quite as simple as that, receiving recognition from a trusted source could mean good things for your career: being booked for a gig, picking up new fans or making it easier to get more publicity in future.

But how on earth do you get journalists and editors to listen? As News Editor at Music Week magazine, my email inbox is barraged every day with new music, gig invites and biographies of bands with an ‘interesting’ story. Most of which go ignored. Why? Because my job is not to give free advertising, it’s to discover and report information that could affect our readers (the music industry). However, there are a few spaces in the magazine that are reserved for upcoming gigs, new music and stories of bands on the rise. So how do you get into these spaces? Do you have to bribe the journalist with a drink? Become their best friend forever? Send them free stuff? No. Read on for my top tips on how to get us to listen up. 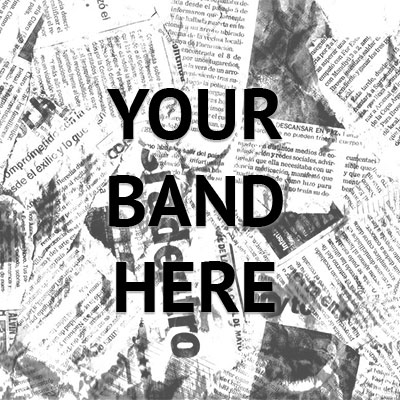 Research the publication that you’re pitching too

I’m not going to reply to emails suggesting I post a music video on our website, review an album or do a two-page interview with a band who have yet to release their debut album. While some more consumer related titles might run things like this, Music Week doesn’t. So lesson one: read the magazine (from back to front) that you’re pitching too, and work out which slots could be open to you.

In Music Week, for example, we run a weekly playlist full of ten new tracks, three slots that feature gigs around the UK happening that week and editorial telling the story of an up-and coming-band. All of which are open to anyone – signed or unsigned. The best emails I’ve received from PR people are ones that tell me what part of the magazine the pitch is for, why the band are worthy of coverage and giving me all the information I need to feature it in that one message. Study the page: does it have a picture? What details do you need to send? And don’t first ring/email asking permission to pitch, just pitch. We’ll get back to you if it’s a yes.

Make sure you’re idea is fully-formed

While all the above examples are the easiest pitches for upcoming artists, if there’s a genuinely interesting (and business-related) story behind an act, there could be a chance of news coverage. In 2012, a Swedish band called Cazzette launched their career on Spotify – it was the only music platform on which their music was available and a good news hook. I spoke to the band and their manager and they got a prominent feature in our news pages. If you’re doing something new and different, it’s worth getting in touch.

Do note: it’s very tempting to fire off an email as soon as you have an idea. As a young and inexperienced freelance journalist, I couldn’t stop myself from sending a feature idea to an editor before I’d thought it through properly. It was so brilliant, I thought, that they’d get straight back to me, and perhaps help me work it out fully. No-one ever replied. Editors and journalists are very busy people and they’ve rarely got time to work out someone else’s disorganised thoughts. So sit on your idea for a while. Take a few days to work it out in your head, speak to people for advice and then find the perfect slot for it. Using this tactic, editors nearly always reply to me these days. The most important thing to remember when pitching article ideas is – keep it brief. Sum it up in three or four sentences and draw the editor in with your first line.

I like to think I’m a fairly polite person. But when I get endless emails asking if ‘I’ve had a chance to look at this’ or phoning me on the day the magazine goes to print to ask if I’ve seen an email, it takes a lot of willpower to hold off from telling people where to go. So send off your email, give it a few days, send one more, and if you hear nothing back – leave it. It’s not the end of the world; think of another publication to send it too instead. If you do manage to get a ‘thanks, but no thanks,’ take no for an answer.

Kisses on the end of emails, calling private mobile numbers and being sent some fluffy handcuffs are just some of the tactics that PR people have used during my two years at Music Week. You don’t need to invite us out to dinner/drinks/coffee either – all we want is good content to fill the magazine. And being our ‘friend’ isn’t going to get you it. Always remain professional.

Ultimately, whether you’re promoting yourself or paying someone to do it on your behalf, what you’re selling has to be really good. Regardless of what stage an artist is at in their career, if I hear something amazing, I’ll do everything I can to give it some sort of coverage. Genuine talent will always succeed.
Share this article on
Author Rhian Jones
Read more from this author

18 best night clubs in Berlin (you need to know)