Sync has long been a big deal in the music industry and it’s now a major source of income for a lot of artists. The global sync market is worth over $322m, and, as of 2013, represents 2% of annual revenue from recorded music, according to IFPI figures. It’s not just about the money, though - a strategically placed track in a movie, TV programme or advertisement could launch, or save, an artist’s career. 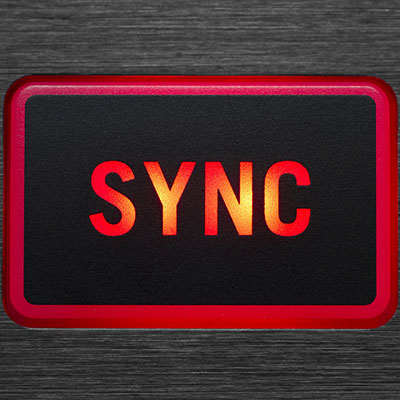 made famous thanks to sync deals include Shot You Down by DJ duo Audio Bullys, Psapp’s Cosy In The Rocket, which, after being chosen as the theme tune for US medical drama Grey’s Anatomy, has earned the band 10 BMI Awards. Elsewhere, Brixton band Alabama 3’s 1997 track Woke Up This Morning has earned iconic status as the opening theme music for HBO’s crime drama The Sopranos, as has The Who’s 1978 single, Who Are You, which accompanies the title sequence of each episode of crime-drama CSI.

The secret to getting the people who choose the music for films, TV programmes and adverts (music supervisors) to listen up is a winning pitch. Read on to discover the integral ingredients that might just land that lucrative deal.

When pitching music, you can either use a third-party company or publisher (like Gaga Music, Conexion or Soho Music Group – who have the benefit of direct and trusted connections in the sync market) or email music supervisors directly. Websites like IMDB or Hollywood Reporter are useful for discovering films or TV shows that are in pre-production and therefore might be on the lookout for accompanying music. The secret to getting unsolicited emails taken seriously is research, says Sharon Dean, director of UK-based publisher Respect Music Limited.

“Do your homework, if you are going to pitch your music to a supervisor make sure that you try and find out as much about them as you can through IMDb or wherever. There’s no point pitching songs to a music supervisor who is working on films and you send an email saying, ‘This would be really good for your TV show’. You’ll get more respect from them if you actually can say, ‘I understand you’re going into pre-production with this movie, can I send you some music?’”

Even better than an out-of-the-blue email is being able to say hello in person – so go to where the music-buyers are. Attend events where you’ll find filmmakers, brand and advertising executives. These may not necessarily be music business conferences – also look out for film, documentary and cartoon festivals within a day's driving distance of where you live, or plan trips if you can.

“Identify the best up-and-coming film-makers and introduce yourself to the head of the best film schools in the business, either in your area or in strong markets like Los Angeles, New York, London, Berlin and elsewhere,” adds president of the National Association of Record Industry Professionals, Tess Taylor - who has cultivated over 150 sync deals via NARIP’s Music Supervisor Sessions.

“Ask the head of the department to recommend his top five film students to you, and approach them for collaboration opportunities. Pick the winners and establish a relationship with them early in their careers when they still answer their own phones! Steven Spielberg usually calls John Williams first when he needs music for his films. Why? Because they grew up together and have been helping each other for years.”

Within the US film and TV sector, there are about 40 to 50 working music supervisors considered "A-list" (with many more in trailers, gaming, advertising and related areas), about a fourth of whom work at the major film and television studios. The remainder are independent or work at boutique music supervision firms, according to Taylor.

“Key supervisors change all the time according to their assignments, so the best way to identify them is by the shows they work on. The best ones have many projects and shows on deck,” she explains. Examples of active music supervisors who have an ongoing need for new music to place in their projects include Eric Johnson (Search Party), Kevin Wilson (ESPN), Russell Ziecker (Lionsgate Television) and Karen Elliott (who is UK-based).

When pitching directly, the content of that initial correspondence needs to be A*. So remember:“Pitching music is a sales job, and sales is hard. It's something most people don't like very much or do particularly well, but like anything it's a skill which can be learned,” explains Taylor. “Often those pitching get no response when sending out music, which is frustrating as you can never be certain if your music was received. It takes time, focus, a great catalogue, patience, the ability to get around gatekeepers and create relationships so that you'll know what to pitch to whom, when and how.”

Upfront fees are generally the norm, but can range hugely depending on the notoriety of the artist or how much the supervisor wants the track. In the US, if network shows want an independent artist - someone who hasn’t had a hit song - depending on the budget of the show, upfront fees can range from $750 - $2,500.

Adverts tend to use music written on spec, so will command higher fees. For independent or low budget movies, fees start at around $2,500. The upfront fee is only a small part of the story, however, and performance royalties will be paid for as long as the TV series, advert or film that uses the particular track is being shown. In Europe, larger production companies and broadcasters typically get their music from broadcast blanket licence agreements that allow them to use catalogues for a yearly fee.

And the final bit of advice? As always, quality speaks for itself. Taylor concludes: “As with any music licensed for a specific use, the music must fit the use and be exceptional. To quote Ryan Fitch, former head music supervisor at global ad agency Saatchi & Saatchi, ‘Only pitch awesome music!’ to increase chances of placement.”