Songwriters and publishers have long been complaining about the rates they get paid from digital services like Spotify and Pandora. Recently, Ne-Yo even went as far as saying the US songwriting community is on the verge of collapse. Why?“It takes about 1 million streams for a songwriter to see $90 and multiple writers often split that share. Record labels and artists earn 12 to 14 times more than songwriters for a stream of the exact same song,” explained the R&B singer/songwriter. 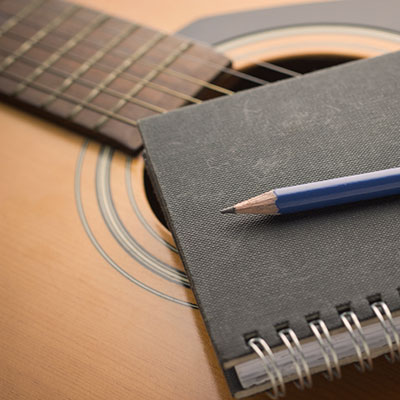 Ne-Yo isn’t the only one kicking up a fuss. Boss of music publishing company, Sony/ATV, Martin Bandier, threatened to pull the catalog of the artists he looks after from the US collecting societies ASCAP and BMI last year. The exec didn’t agree that the rates the companies had negotiated with services like Pandora were fair.In December, Bandier revealed that John Legend track All Of Me earned $3,400 in publisher and songwriter royalties after being streamed 55 million times on internet radio service Pandora during the first three months of 2014. “At current rates, one million plays of a song on Pandora typically translates to around $60 in royalties (which usually have to be shared),” he added.Meanwhile, Spotify payouts are said to be $0.005 per stream for recording artists. That means one million plays of their song should earn around $5,000, though what they receive in their bank account will depend on the specifics of deals they might have with their label. Regardless, it's a big jump (around 83 times as much) from the $60 - $90 payout that Bandier and Ne-Yo talk about.

So how did songwriters get into this position? It all started in the days of radio, according to the head of the British Academy of Songwriters and Composers (BASCA), Vick Bain. When radio was introduced in the 1920s, songwriters weren’t paid anything at all - told to be glad for the “free advertising” of their music.Then the CD arrived, and it seems an agreement was set up of how the money was split between the recording and publishing rights, based on a multitude of factors. Now, a similar model has been adopted in the way money is split on streaming income. The fact that streaming is becoming the predominant way people listen to music creates a problem.If CD sales continue to decline, songwriters, who don’t tend to play live and make money from gigging, will be left with an even tinier slice of the pie, due to the reduction in money earned from digital over physical. They’ll have to start making up their income in other ways, and could be left having to give up writing altogether. And as Bain quite rightfully points out, if the songwriters aren’t getting paid enough to maintain a living out of making music “the whole industry collapses”.

Some say that songwriters should get paid less because recording artists have more demanding lifestyles - are out on tour for most of the year and under the pressure of being in the public eye. However, others would disagree, as, without the song, melody, and lyrics, there’s no music at all - the very thing that allows artists to get all the extra cash they earn from brand partnerships, live, merchandise, and more.The other reason why publishers don’t have an equal share in royalty rates with record labels could also be because some of the majors have invested in services like Spotify. “It’s really interesting if you look at YouTube’s royalty money flow and what they pay for,” explains Bain. “All of their advertising-income is split between the audio owners (labels) and the video owners and the PRS deal (that covers composition owners) was tagged on as a tiny afterthought.”

Will anything ever change?

After holding a variety of roundtables with its writers to assess the reality of the payout situation, BASCA launched a campaign in January demanding fair pay. Broadcast rights for sync deals are 50/50, and Bain believes digital income should be the same. Licensing deals with digital services are said to be up for renewal this year, and BASCA aims to push the music industry to negotiate better deals with digital services. “PRS has to make some sort of deal and I think when they first made an agreement with YouTube, nobody really had the data to be able to negotiate a stronger deal,” says Bain.“We are really hoping that the next time PRS comes to negotiate, they will be in a stronger bargaining position because they will have more data and the same with all of the other streaming companies. We absolutely support these legal streaming platforms, we just need to get a better deal.“We have to do something about this right now, we have to be stronger about the people who are negotiating on our behalf, educating the services, explaining the reality of people who survive on royalties. We have been having many more direct conversations with the digital service providers and they have been quite receptive. The next six months are going to see a more positive re-negotiating of terms for our writers.”
Share this article on
Author Rhian Jones
Read more from this author