YouTube is pretty important for any musician. Not only does it allow you to upload videos, tracks and behind the scenes content for your fans, it can also pull together all of this into your very own channel. And with the wealth of noise the internet brings, it’s very important that your fans have an easy way to navigate their way to what they really want to listen to or watch.

Soon, content creators will even have their own app to help them manage their channels and communications with fans from a mobile device. The recent development could mean more cash too – there are plans to let video creators directly accept funds from viewers. So how do you create a channel that’s worth following? Cue YouTube Partner Manager Kieran Doyle. The exec gave an insightful presentation at IMS in Ibiza in May where he gave tons of practical advice on how to build and make the most of your YouTube channel. 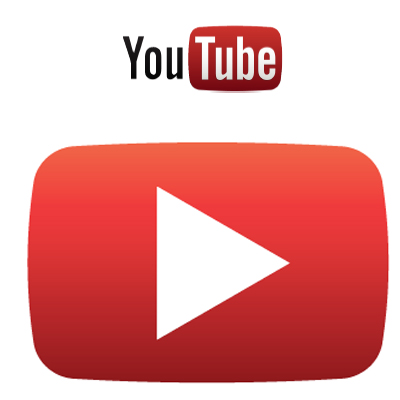 The first thing fans will see is your channel page, so it’s important to provide all the information needed to give a clear idea of what your overall channel experience is. “It’s your identity, your shop front,” explains Doyle. There are loads of things you can customise to make it individual and to promote your work. Your channel banner is the picture that runs along the top and will appear across all devices: tablets, connected TVs and mobile phones. You can use it to promote your latest release, an event or advertise an upcoming release. Further down the page is a channel trailer. The video can be viewed by someone who hasn’t yet subscribed to your channel - it’s a place for you to showcase what the channel is all about. “Let them know what kind of content they can expect, give them a reason to come back and subscribe and see those videos,” says Doyle. Playlists break down all your content that people can watch while featured channels could include sub labels, other artists and collaborators. Chose these wisely – remember everything represents your brand on YouTube and it should be consistent.

Being active is the key to keeping subscribers coming back for more. YouTube’s homepage is pretty personalised these days and is tailored to the videos that users have been watching. And the more active channel managers are, the higher chance they’ve got of featuring on that homepage. It doesn’t have to be full tracks, it can be remixes, uncut uploads or teasers. A popular US music channel began uploading at least one video per month in conjunction with their new album release. After the increase in upload frequency, average monthly views from subscribers increased by a whopping 320%.  Read the very insightful interview we made with Ola Englund (Feared, The Haunted), an iMusician artist who counts over 70 000 subscribers on YouTube.

It’s not just about music. Videos, trailers and behind the scenes content are all chances for your fans to get closer to you as an artist. How about taking fans into the studio to see how you make a track or backstage before or after a gig? Check out Protocol Recordings channel to see their series showcasing the making of their music videos or Deniz Koyu revealing the making of his track Ruby on Axtone TV.

Live streaming gigs to fans is something that’s becoming more popular by the day. You can produce content that captures the full experience of your event - recreating the live feeling for your fans who can’t be there and for those who want to relive it. Planning is important in driving traffic – so teasers and trailers are needed in order to bring people to the live stream as it actually happens. You could even pick up views in places you never dreamed of reaching. Q-dance’s closing ritual of the Defqon Festival video received viewership from the Netherlands, Germany, France and Mexico. The videos also saw high view durations and engagement from Antigua and Barbuda, Caribbean, Netherlands, Martinique and Sudan.

Planning is key and you need to have a timeline for creating and publishing your content to develop an engaged fanbase. Spinnin’ Records upload content daily and use 8-12 weeks timelines of promotion and premiering videos. It means it has around 50 timelines active at any given point in time. Plan out your album announcement, music video premiere, samplers, trailers and teasers and make sure that you’re using playlists so that people can easily navigate around your content.

Often, much older videos have the highest views and will therefore feature most prominently on any channel. In order to direct viewers from those to your newest work, you can use annotations to push them to a video of your choice. Use your top tracks to generate interest in upcoming releases and events. Trailers, first listens, and sampler videos can be created to build anticipation. Together with building hype, if you’re already gaining traction on a track that has yet to be released, the metadata could pull the music video high up on search results on its release – so make sure you update it to include information on where viewers can buy it when it does get released.

Metadata is “crucially important” says Doyle and a lot of work is needed to make the most of a video after it’s been uploaded. YouTube doesn’t know the artist, album or genre for individual videos so the more metadata you can give that’s relevant, the better. Auto generate artist channels that appear in  search results and music cards that drive viewers to purchase tracks from video descriptions are two features that can be unlocked with well-kept metadata. Title, description and tags are where the metadata lies. Title should give a clear idea of what the video is (e.g. video or live set?), the description goes a little further in depth and should also list social media links. Tags should be a comprehensive list of every single one that’s relevant to that video. Not too many though. “The worst thing you can do is add tons and tons of key words that aren’t relevant where you’re just trying to get loads of traffic,” says Doyle. “If you start doing that, you’ll see people come to the video, realise it’s not relevant to them and they’ll click away before watching the whole video. That’s really bad for search results and algorithms.” Having a list of default words and descriptions when uploading videos can save lots of time. Read more about metadata in the music industry here.

In a digital age where music fans have a huge amount of content at their fingertips, playlists and curation are becoming ever more important. If you’re known as a curator, that in itself will bring people to your channel. So bring together videos from other artists that you like, people you’d like to collaborate with or anything that’s related to you and your music – be it a label-mate, or someone who is playing on the same bill as you at a gig (though always keep in mind quality control and make sure you’re happy with being associated with that act, don’t just pick them because they have a large following). YouTube analytics allows you to see how many views a certain playlist of yours is getting and what kind of watchers you’re attracting, allowing you to experiment and see what works best. Dance label Ministry of Sound creates playlists based on their events, releases and artists together with genre specific playlists featuring content from other channels and they update this regularly. Their playlists frequently generate up to 15% of the channel’s traffic.

YouTube users have very short attention spans so you need to be creative to pique – and keep – interest. Live content can be packaged into bite-size parts containing highlights or specific sets. Dance festival Tomorrowland posts clips of specific DJ sets from their full event and describes their after movies as “our candy store where everyone can taste” and “the icon to spread the ‘once in a lifetime experience’ all over the world”. Annotations can be used to show users how to skip to a different part of a live stream (uploaded in a separate video) or a specific track from your set list.

One of the unique things about YouTube is that it can be an interactive platform. For anyone looking to build an audience and wanting them to come back, engagement is important. Replying to user comments is a very basic way of doing this, but Google+ hangouts with your top fans can be turned into a live stream on your channel and can literally just be a question and answer session from your bedroom. “It’s a super easy way to actually get people to engage with your audience. They can be very informal and really easy to set up - it doesn’t take a lot of a big production,” adds Doyle. Another way of engaging your audience is getting them involved in the creation of your content. Protocol Recordings created a music video based on fan submitted content and received 91,000 views.

“Whenever someone comes to me and says, ‘We’re launching a channel and want to know the quickest way to get ourselves 10/20/30/40,000 subscribers, the first thing that we come back and say is, ‘Who can you collaborate with?’” says Doyle. Collaborations are a pretty simple way to boost subscribers and let people know about your channel. It could be hangouts with artists that you’ve collaborated with – discussing your partnership and the making of the music. Deadmau5 and Imogen Heap hosted a hangout where they talked about cats and their track Telemiscommunications, which was released on the same date. You could even tap into channels that have a big subscriber base, but aren’t necessarily about music. Are there any channels or personalities that you might want to collaborate with on different parts of YouTube that would fit into your strategy? US house artist Steve Aoki has worked with dog trainer Cesar Millan and Canadian cooking show Epic Meal Time. Think outside the box.

Tap into your community: off platform promotion

While your audience may be fans of your music, they may not be aware of your channel. Promote your YouTube content off-platform to drive engagement to your channel through other social media platforms like Twitter, Facebook and Google+. All of them should be used in different ways. On Google+, for example, you could speak to subscribers with a feature called top fans. The tool allows you to see a list of fans that are the most engaged to your video content through likes and comments. You could pick those top fans, add them to your Google+ circle and speak to them directly to let them know about upcoming releases – giving them an incentive to become more engaged with your channel. Measure where your traffic is being driven from too, if there’s a tastemaker blog that’s doing a great job of promoting your channel, that’s a reason to do a collaboration or partnership with that blog.

Use your channel to push viewers to purchase your goods elsewhere – tickets, downloads and merchandise. A playlist could showcase a ten-minute mini-mix of your album, and annotations used to skip to previews of specific tracks that give an idea of what the record is about. Links to iTunes to purchase the music or merchandise are also essential. “It’s all a really engaging way to create content that’s building hype around a release and uses YouTube in a pretty holistic way,” says Doyle.
Share this article on
Author Rhian Jones
Read more from this author